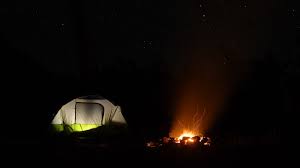 COLORADO (Axios): If you can’t find an open campsite reservation for the summer, you’re not alone. The pandemic-driven mass migration to public lands in Colorado is expected to continue this year.

In fact, numerous park officials and outdoor retailers tell Axios the widespread popularity of camping, hiking and biking is the new normal.

What they’re saying: “The outdoors provides that safe space where you can socially distance and you can still work on your physical or mental health,” said Jonathan McFarland, general manager at Mountainsmith, a Golden-based outdoor gear maker.

“A lot of these newcomers or people who have re-engaged are going to stick with it, which bodes well for us … after the pandemic dust settles.”

The elevated interest is apparent in park visitation and gear sales numbers so far this year.

Colorado state parks saw about 23% more people in January compared to that time last year, an agency spokesperson told Axios. February levels were also high, with about 11% more visitors than 2020.

“We’ve had the best January, February and March that we’ve ever had, and that’s just continuing to increase,” says Tom DeFrancia, owner and founder of RovR, which sells a popular $400 cooler for car campers.

Why it matters: The question is whether the lands — and the agencies that manage them — can handle a sequel to last year’s pandemic summer.