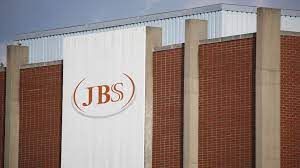 Major meat supplier JBS USA was the latest victim of an organized cybersecurity attack, with servers in North American and Australian affected, the company said Sunday.

Why it matters: JBS USA is the largest producer of beef in the country, The Hill notes, and also is a major supplier of poultry and pork. The disclosure of the attack comes as cyber threats have picked up over the last year.

Driving the news: Last month, Colonial Pipeline was taken offline by its operator because of a cyberattack.

What they’re saying: “The company is not aware of any evidence at this time that any customer, supplier or employee data has been compromised or misused as a result of the situation,” JBS USA said in a statement to the press.