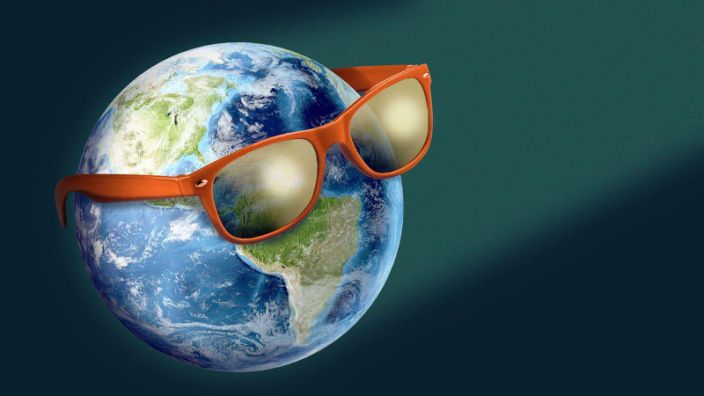 WASHINGTON (Axios): As countries struggle to meet ambitious targets to reduce carbon emissions, financial backers and government officials are grappling with how to study ideas for engineering the Earth’s climate, my Axios colleague Andrew Freedman and I write.

Why it matters: Once dismissed as science fiction, solar geoengineering is now viewed as a possible tool to help humans reduce the dangerous impacts of climate change on ecosystems and society. However, much remains to be learned about these schemes before they can be considered.

Driving the news: A report released today by the National Academies of Sciences (NAS) details recommendations for conducting, funding and governing research on solar geoengineering.

The report’s authors also call for a comprehensive research program that would involve all federal agencies conducting climate research.

The research program would seek to answer not only if solar geoengineering programs can be feasibly deployed, but also address the thorny question of whether they should be once more is known about the technologies.

How it works: Solar geoengineering involves injecting aerosols into the stratosphere or brightening clouds over the world’s oceans with the aim of reflecting sunlight and lowering global temperatures.

Where it stands: A slew of solar engineering concepts are on the drawing board — from flying balloons into the stratosphere to disperse aerosols to spraying sulfur dioxide from high-flying airplanes to ships that help to evaporate saltwater into tiny droplets that brighten marine clouds.

But the technology doesn’t exist yet, says Alan Robock, a climate scientist at Rutgers University who models the potential impact of geoengineering on the climate.

Right now, a research program affiliated with Harvard University is awaiting permission to test a high-flying balloon over Sweden, in a limited real-world experiment of a geoengineering tool. That small-scale experiment has encountered opposition from environmentalists, demonstrating the difficulties that further experiments (let alone deployment) may encounter.

Whether these concepts are possible or would work and under what conditions are still open questions, Robock says, and answering them is necessary in case we want to use the technology in the future.

Yes, but: The NAS report recommends funding modeling, theory and governance of solar geoengineering over the next five years. It specifically cautions against a move to develop and deploy such technologies.

Robock and other researchers argue money should be spent on building and testing ships and unmanned planes that underpin deploying the technology.

“The more we look into it, the more risks we may discover and reasons not to do it,” Robock says. “Doing research doesn’t necessary lead to deployment — it might lessen the chances of it happening.”

The pushback: Some of the opposition to geoengineering research stems from concerns that it could distract from efforts to rein in emissions.

Making emissions cuts are still the main focus of addressing global warming, said Chris Field, a climate scientist at Stanford University and lead author of the NAS report. “There’s no sense in which solar engineering is an alternative to decarbonization,” he said.

What they’re saying: The authors also emphasize the need for governance — transparency, reporting and public input — “mechanisms of accountability which are critical in a field that is rife with conspiracy theories and misinformation,” says Stewart Patrick of the Council on Foreign Relations.

The bottom line: “The underlying decision is, should humans do this or not?” Keith said. “Learn, then decide, is the right lesson from my point of view.”