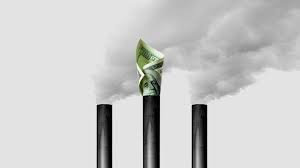 WASHINGTON (Axios): The plates are shifting when it comes to climate policy on K Street, but whether it’s enough to alter the political landscape is another question entirely.

Why it matters: It’s a change for the powerful lobbying group, which fought a sweeping cap-and-trade bill that collapsed in the Senate a decade ago.

It also comes after the U.S. Chamber of Commerce recently endorsed a “market-based” climate policy, which is basically a synonym for some kind of carbon price.

What we’re watching: Whether API can gain any traction for its policy platform.

“This isn’t just one firework we are sending up into the sky — it is a policy we will pursue and advocate for within the administration and Congress,” API President Mike Sommers said in a statement.

He said it will be the “center point” of their advocacy in Washington, D.C., and states.

Yes, but: There are several reasons API’s new posture may not be the seed of some kind of bipartisan Beltway climate deal.

Some of the largest companies — including BP, Exxon, Shell and others — have long backed pricing and it hasn’t moved the needle very far among Republicans.

Meanwhile, the Democratic center of gravity has moved away from pricing, though it’s still a small part of the equation, as they push for steep emissions cuts.

The White House, Democratic lawmakers and activists are putting more emphasis on regulations combined with big spending increases on low-carbon infrastructure and funding to research and deploy emerging tech.

API says pricing systems should avoid “duplicative” regulations (though it does support methane regulation). It’s hard to say how that would translate to specific negotiations, but it’s safe to say the White House is unlikely to walk away from expansive regulatory plans.