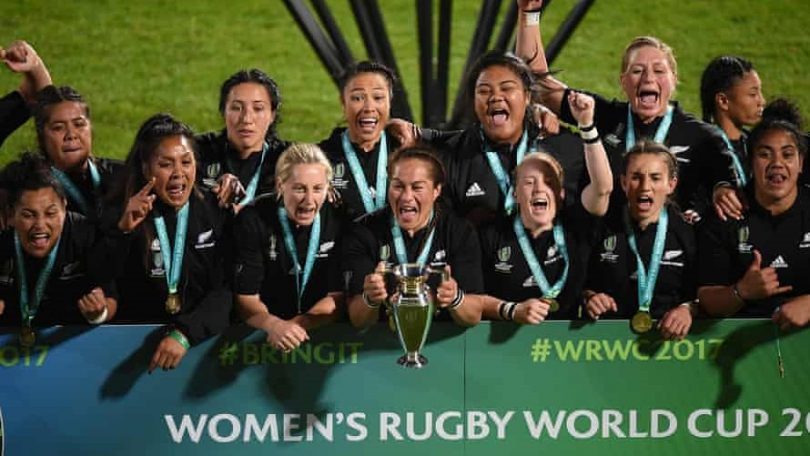 The Women’s Rugby World Cup, scheduled to be hosted by New Zealand, has been postponed until 2022 because of the “insurmountable challenges” created by the Covid-19 pandemic.

The tournament was meant to run from 18 September to 16 October but uncertainty over travel restrictions and quarantine requirements have forced World Rugby to delay the event.

“We all wanted the tournament to go ahead as planned this year, but we also accept that the current Covid-19 constrained circumstances are not ideal for high performance athletes in a tournament situation,” Robertson said.

“Ultimately this is a decision for World Rugby to make. If they do postpone we are fully committed to hosting the event next year. The government is supporting NZ Rugby’s hosting of the tournament with financial contributions through the Major Events Development Fund and Sport New Zealand. That support will remain in place for 2022.”

Organisers will issue further updates following meetings between the Rugby World Cup board and World Rugby’s executive committee next week.

Expectations for this year’s event had been high but, with Auckland going back into lockdown in recent days, concerns over player welfare had been growing. “It has become clear in recent discussions with key partners including New Zealand Rugby, the New Zealand government and participating unions, that, given the scale of the event and the Covid-19-related uncertainties, it is just not possible to deliver the environment for all teams to be the best that they can be on the sport’s greatest stage,” a World Cup statement said.

With teams preparing to quarantine before and after the tournament, there was also the prospect of players spending an inordinate amount of time away from home. With so much uncertainty hovering over the event, the revised plan is for New Zealand to host the tournament at a similar time next year.

Hopes are rising, meanwhile, that France’s postponed Six Nations game against Scotland in Paris can be rescheduled for Friday 25 March. It is understood a number of English clubs will be prepared to release Scottish players that weekend, even though the date is outside the normal international window.

Thirteen of Scotland’s squad are based in England with fly-half Finn Russell playing for Racing 92 in Paris but Premiership Rugby are in less bullish mood than in the past, citing the Covid-19 pandemic as a unique situation.

The absence of relegation from the Premiership this season has also reduced the pressure on clubs in the bottom half of the table. Scotland, understandably, have been adamant they would only agree to a new date if they are able to field a first-choice side.

BT Sport may be less than delighted with Gloucester and Exeter, who supply players to Scotland, due to meet at Kingsholm that evening. Reports in France suggest the French Federation and the Top 14 clubs are on board with the idea, as is the host broadcaster.

Six Nations organisers, as a result, are hopeful the tournament can now be completed this month although the title may now not be decided on ‘Super Saturday’ unless Wales complete a grand slam by defeating France in Paris.

Ireland’s captain Johnny Sexton has signed a one-year contract extension with the Irish Rugby Football Union. It will extend his Test career until at least the summer of 2022 when he will be turning 37.