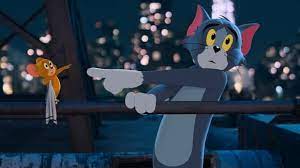 The backdrop is a swanky Manhattan hotel, which is set to host the wedding of the year. The approach, a marriage of cluttered live action with madcap 2D animation, owes an obvious debt to Who Framed Roger Rabbit, but has more in common with the wearisome and unfunny Garfield: The Movie. Chloë Grace Moretz stars as Kayla, an opportunist who cons her way into a job using a stolen résumé. It’s astute casting – Moretz’s habitually overblown acting style seems slightly less jarring when juxtaposed with rampaging cartoon elephants. The film is most entertaining when it wreaks havoc – a car chase involving a commandeered military drone is a slickly executed riot. But lazy writing squashes any real fun as emphatically as an Acme anvil dropped from a roof.